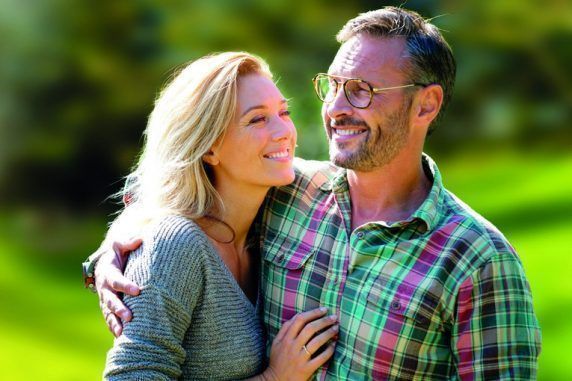 Actinic keratosis, also known as solar keratosis or senile keratosis, is a pre-cancerous neoformation classified by the Ministry of Health as a skin cancer, and for this reason its monitoring and treatment are always recommended. The predominantly male population is affected (34.3%) Compared with the female population (20%) 1 and more than 60%of Squamous Cell Carcinomas, (Also Called Spincellular or Spinaliomas), invasive Skin Caners, are found to Arise From Actinic Keratoses2. Recognizing this disease and intervening early is essential to prevent the occurrence of invasive skin cancers.

“Actinic keratoses,” explains Ketty Peris, director of the Institute of Dermatology Università Cattolica del Sacro Cuore Policlinico Gemelli in Rome, generally present as pink-red patches or lesions of the skin covered with rough to the touch reddish-brown scales or crusts that can cause itching or burning or be completely asymptomatic. Typically, each lesion can reach a size of 1 to 2.5 cm in diameter and occurs in the areas of the body most frequently exposed to the sun, such as the face, scalp, back of the hands, forearms, shoulders, and decollete.

Sun exposure is precisely one of the main risk factors for the development of actinic keratoses, in addition to older age, male sex, fair complexion, and all conditions of immunosuppression. This disease, while very common, is not to be underestimated as it appears to be a marker of the risk of developing invasive forms of cancer such as squamous cell carcinomas (also called spinocellular carcinomas or spinaliomas), which are more frequent in cases of multiple lesions. The High Incident of Actinic Keratosis and the Risk of Progression Into Invasive Forms of Cancer Makes It necessary, in addition to Prevention, Through Espencialy The Use of Appropriate Sunscreens to Prevent The Onset of the Disease, to Treat The Lesions in Timly Manner to Prevent Their Progression.”.

To Help People Learn More About This Disease, and Refer to a dermatologist, at New Information Portal Has Been Created: www.Actinic Keratosis.it, with the unconditioned support of Galderma. In addition to General Information About the Disease, Guidance About Treatments and Different Therapies Used Can Be Found On the Site.

“Therapies and treatments to combat actinic keratoses, illustrates Piergiacomo Calzavara Pinton, President SIDeMaST, differ in efficacy, side effects, tolerability, scarring/aesthetic outcome of the treated skin, maximum treatable area, and overall duration of therapy. There are treatments aimed at removing individual lesions, such as ablative procedures that destroy tissue such as liquid nitrogen cryotherapy, laser therapy, or surgical removal, indicated for thicker lesions or when histologic confirmation is needed to rule out squamous cell carcinoma.

In general, however, there is more support for treatments that allow not only the individual lesion but also the surrounding skin, i.and., the field of cancerization, as they allow even lesions that are not obvious to be treated, thus preventing new lesions or recurrences. These therapies are generally creams or gels with different active ingredients that can be applied directly to the affected skin area. There is also a topical drug, the active ingredient of which is able to destroy cancer cells only after it has been activated by a light source, which can be a red light bulb (conventional photodynamic therapy) or sunlight (daylight photodynamic therapy)”.

The new site also hosts a section that allows people to search for their nearest dermatologist.