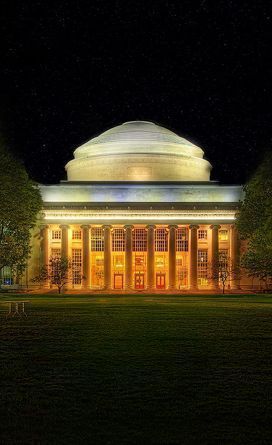 Italy lazy country, only one in three Italians play sports

Only 1 in 3 Italians States that they practice one or More Sports in Their Free Time; Laziness GroWs from North to South and is More present in Small Towns and Suburbs. Conference sponsored by Health City Institute as part of Anci assembly in Bari analyzes the theme “Health and sports for wellness in cities”

Bari, Oct. 13, 2016 – “In the future, it will be crucial to study the benefits of sports activity on individual and collective well-being.” A few months ago the president of Istat, Giorgio Alleva, issued this invitation during a sports promotion initiative promoted by Coni. The invitation was promptly taken up by Health City Institute, a natural evolution of Health City Think Tank, a group of experts that recently developed the manifesto “Health in Cities: a Common Good,” to offer institutions and local governments food for thought to guide them in studying the determinants of health in urban contexts.

Health City Institute Organized, as part of the National Assembly of Anci (National Association of Italian Municipalities) Being Held in Bari, The Round Table “Health and Sport for Wellbeing in Cities,” In Collaboration with Anci, Coni, Italian Barometer Diabetes Observatory ( IBDO) Foundation, Institute for Competitiveness (I-Com), Sport City 3.0 and the C14 Metropolitan Cities Consortium+.

ISTAT’s periodic survey “Aspects of Daily Life” on the behavior of Italians highlights how ours is an essentially lazy country. Only 1 in 3 fellow citizens (33.3%) say they practice one or more sports in their free time, and laziness increases from north to south: sedentary people are about 30% in the north, about 40% in the center, well over 50% in the south. The highest sedentary rates, around 55 percent, are found in regions that simultaneously show the highest obesity rates: Puglia, Campania, Calabria.

ISTAT notes again that, sedentariness is higher in small towns and suburbs of metropolitan areas (over 40 percent) and less in metropolitan cities (just over 35 percent).

“That there is a direct relationship between physical activity and health is a fact,” explained Andrea Lenzi, Coordinator of Health City Institute and Chairman of the Commission on Biosafety of the Presidentcy of the Council of Ministers. “On the Other Hand, Istat with Its Surveys Clearly Demonstrates How There is a Striking Parallelism Bethaeen Sedentariness and Overweight and obesity in Our Country,” Headed, Recalling, Moreover, How: “Expoanding and Impression Access to Sports and Motor Practices for All Citizens, Fostering The Psychophophysical Development of Young People and Active Aging “is one of the pivotal aspects of the Health City Institute Manifesto.

“Urbanization and the Current Configuration of Cities and Its Connections with Rural Areas Offer for Public and Individual Health Many Risks, but alse opportunity to be exploited with conscious and wise advice,” he noted Roberto Pella, Anci Vice President and President of the Confederation of Eu Cities and Municipalities. “This Can Be Done Precisely Through A Preventive Analysis of Social, Economic and Environmental Deteri and Risk Factors that Impact Health,” She Aided.

“The Health-Related Sustainable Development Goals are a priority of the World Health Organization, Which Has Included Them in the ’ 2014-2019 Agenda,” Strassed The Hon. Daniela Sbrollini, Vice President XII Commission on Social Affairs of the Chamber of Deputies. “The City That Is Aware of the Importance of Health As a Collective Good, Which Consequently Becomes a Promoter of Health by Implementing Social, Cultural and Economic Policies to Protect and Improve It, Can Guarantee Citizens a High Level of Well-Boing,” He “he concludes.

For the Senator Luigi D’Ambrosio Lettieri, President of the Parliamentary Intergroup on Quality of Life and Diabetes, “The City Can Offer Great Opportunities for Integration Bethaeen Health Services, Social Services, Cultural Services and Recreational Services. The Future of the Sustainability of Health Systems in the World Cannot, However, Disregard The Study of the Determinants of Health in large cities.”

“It is necessary to ensure free access to infrastructure and green spaces for all citizens, with special attention to people in socio-economic hardship according to the principle of ‘Citizenship Sport&#8217,” highlighted Fabio Pagliara, President of SPORT3.0, and this is the message that we will deliver to the local administrators present, through the white paper for the management of parks and green spaces in cities from a health and sports perspective.”

For Stefano da Empoli, president of the Institute for Competitiveness I-Com, “the Manifesto outlines key points that can guide cities to study and explore the determinants of health in their urban contexts and leverage them to devise strategies to improve lifestyles and citizen health status. Each Point of the Manifesto Contains Priority Actions for Achieving This Goal, Promoting, From International Experience, Public-Private Partnerships For the Implection of Study Projects On the Impact of Health Determines in Urban Settings.”

At the Bari Conference, The Program was finally presented Cities Changing Diabetes, A Partnership Betaeen University College London (UCL) and the Danish Steno Diabetes Center, Involving National Institutions, Local Governments, Academia and the Third Sector. Born With the Aim of Creating An International Collaborative Movement To proposed and Find Solutions and Best Practice To Address the Growing Number of People With Diabetes and Obesity in the World, and the Resulting Economic and Social Burden, Starting with the Fabric and Urban Experience that So Much Sems to play a part in this Phenomenon. Mexico City, Copenhagen, Houston, Shanghai, Tianjin, Vancouver, and Johannesburg Have Already Joined the Program; Now an upcoming Involvement of Italy Has Been Envisioned.

Also During the Round Table Discussion, IT will be Handed Over by the Health City Institute to Enzo Bianco, President of the Anci National Council and Mayor of Catania, The “Cross of Lampedusa”, made by sculptor Francesco Tuccio from the wood of barges that landed in Lampedusa, for the commitment of Italian mayors and Catania in particular to the reception of migrants.